I. SUMMARY INFORMATION
Project
269255
Status
Submitted
Award category
Techniques, materials and processes for construction and design
You want to submit
NEW EUROPEAN BAUHAUS RISING STARS : concepts or ideas submitted by young talents (aged 30 or less)
Project title
Facade Upgrading for Imeter srl
Full concept/idea title
A new facade as an infrastructure. Green as brand identity.
Description
The project for the new façade of Imeter srl's headquarters is based on a reinterpretation of the area's road context, conceiving a structurally independent system that configures the façade as an infrastructural system. A system of brise soleil made of perforated and folded sheet metal shapes the external skin of the building and configures a filtering space between inside and outside, in which light is calibrated to ensure the best environmental comfort inside the building.
Where is your concept/idea being developed or intended to be implemented in the EU?
Italy
Marche
Via Aspio Terme, 193
43.526962123028824
13.521091719595741
Camerano (AN)
60021
II. DESCRIPTION OF THE PROJECT
Please provide a summary of your concept/ idea
The project "Facade as Infrastructue. Green as brand identity" is the design for the new façade of the Imeter's headquarters. Imeter was founded in 1993 from the merger of two historic companies in the distribution of plumbing and bathroom fittings that had been on the market since the end of the 1940s: In 2012 Imeter became part of one of the leading groups in the sector, the Comini Group based in Civate (Lecco). The company philosophy is based on experience, innovation and service but finds its true expression in the constant search for a solid human relationship with all its employees, customers and suppliers. The design is based on a reinterpretation of the area's road context of the area, conceiving a structurally structurally independent of the existing from the existing building, creating a a passageway connecting the showroom and and outdoor terrace, configuring the façade as an infrastructural infrastructural system. Anchored to this structure, brise brise soleil in perforated and bent aluminium the outer skin of the building of the building, enveloping it on two sides. This creates a relational a relational space, a filter between outside and and interior, where light is filtered and light is filtered and calibrated to ensure the best comfort inside the building.  The design of the basic module of the skin, shaped in an asymmetrical asymmetrical diamond shape, reacts to the conditions of insolation and view conditions, contributing to a vibrant and iridescent, through chiaroscuro patterns that make this never the same. The brise soleil elements strongly characterise the new façade also in terms of colour: The green colouring is intended to highlight the the characteristic colours of the of Imeter and the Comini Group.
Please give information about the key objectives of your concept/idea in terms of sustainability and how these would be met
The key objective of the concept is to provide sustainability and interior lighting comfort for offices and showroom spaces through a passive system based on a system of perforated and bended plates that filter the direct south light, avoiding the direct insulation of the large windows of the existing building.
Please give information about the key objectives of your concept/idea in terms of aesthetics and quality of experience beyond functionality and how these would be met
Key objective of the project in terms of aesthetics and quality of experience is to provide an effective facade upgrade that acting to solve structural and energetic issues, at the same time create a new and recognisable image for Imeter group, giving it a clearly contemporary and abstract aspetc. At the same time the depht of this facade allows this "in-between" space to be a quality external space for the employees and the clients, allowing also to reach an external tarrace for meetings and special venues.
Please give information about the key objectives of your concept/idea in terms of inclusion and how these would be been met
The project clearly identify through a unique gesture the spaces for the employees, the ones for the clients/visitors and the ones for technicians, and at the same time allows to "inhabit" the facade and reach the external terrace for public / company spacial events.
Please explain the innovative character of your concept/ idea
The innovative aspect of the concept/idea laid in the very symple, and very effective system that with little budget allows to set up attractive, contemporary and aesthetically interesting facade for industrial warehouses. This facade system can be installed both as indipendent structure and as anchored to the existing building.
Please detail the plans you have for the further development, promotion and/or implementation of your concept/idea, with a particular attention to the initiatives to be taken before May 2022
Further development of the idea consists in defining the execution details and the techical issues related to the realization of this facade system, and then proceed with the final setting up of the facade. The next step will be a design process focused on the replicability of the system in other contexts and conditions and with different layouts, in order to provide low budget strategies to improve architecture and energy efficiency to former warehouses similar to Imeter's one.
III. UPLOAD PICTURES 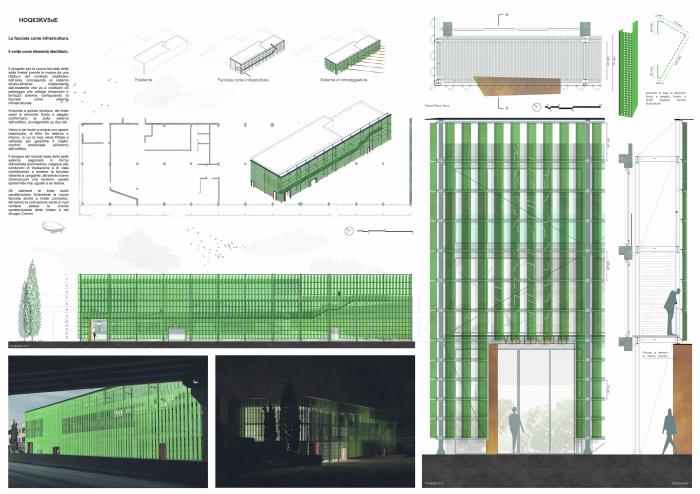 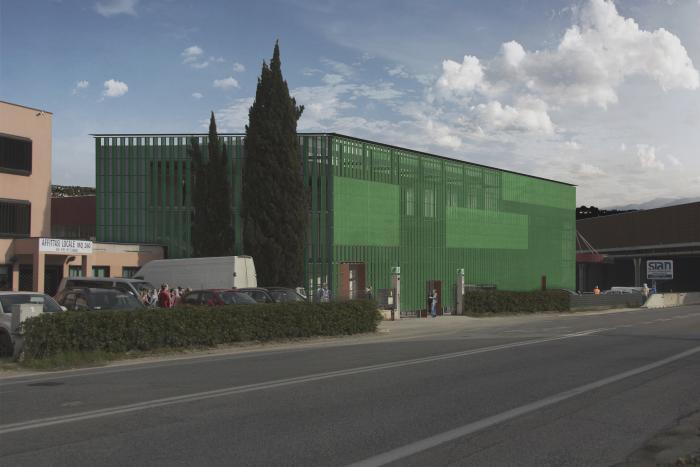 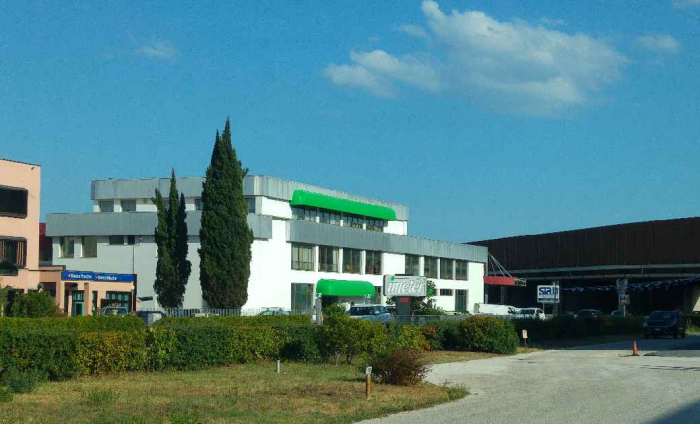 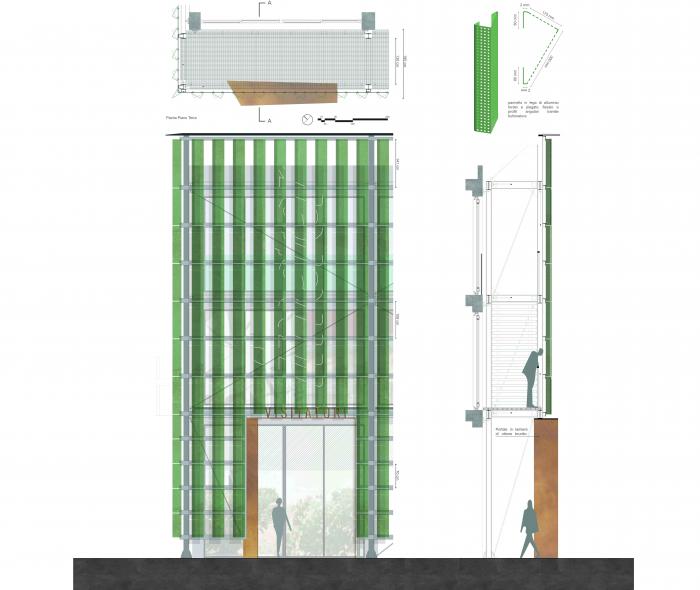