I. SUMMARY INFORMATION
Project
268679
Status
Submitted
Award category
Solutions for the co-evolution of built environment and nature
You want to submit
NEW EUROPEAN BAUHAUS RISING STARS : concepts or ideas submitted by young talents (aged 30 or less)
Project title
Reed cabin
Full concept/idea title
Reed cabin is a pilot project for local reed harvesting and use, a product and a toolkit
Description
In Central Europe's biggest freshwater lake, reed is one of the most important parts of the wildlife. Due to the artificially high water levels regular reed harvesting is one of the best ways to keep its quality where it is before it gets worse but last year only less than 10% of harvestable reed was cut. Reed cabin is not only a product which gives a base for beach attenders with shade and safety but also a system in which local harvesting makes possible to harvest as much reed as needed
Where is your concept/idea being developed or intended to be implemented in the EU?
Hungary
Somogy
Mikes Kelemen u. 1
Balatonszárszó
8624
II. DESCRIPTION OF THE PROJECT
Please provide a summary of your concept/ idea
Reed Cabin is a pilot project for local reed use at Lake Balaton, Hungary. It was made as a semester project at Moholy-Nagy University of Art and Design. During my research phase I realized that reed is endangered, and the main reasons behind it are high water levels that make harvesting necessary and piers cutting through reed. Harvesting seemed like a problem I could reflect on as a designer so I found a use for reed, an annually renewable material. The key for harvesting the neccessary amount of reed is inviting local councils to join in for the job and use the reed, also create jobs while doing so. Being a pilot project I wanted it to be representative, seen and used by as much people as possible - hence the beach use. The cabin itself is a basic structure, which gives shade and a place for personal items. The frame is made of galvanized steel which is a durable material making a contrast with the annually regrowing reed.
Please give information about the key objectives of your concept/idea in terms of sustainability and how these would be met
Reed cabin is sustainable because it uses a material that regrows annually and the harvesting is not harmful, furthermore it is needed to maintain the quality of the water, wildlife and so on. Harvesting reed is needed. no question about it and by local use there is no freight transportation involved CO^2 emmisions are kept low if not zero.  The same reed is needed to be harvested in every 3 or 4 years, which is almost as long as I intended the reed panels life cycle on the cabin. After that reed can be made to briquettes and used in poor villages for heating, or composted. The steel frame is durable and long lasting which is in my opinion can also be a key for sustainability.
Please give information about the key objectives of your concept/idea in terms of aesthetics and quality of experience beyond functionality and how these would be met
The simple structure with its variability makes a clear user experience.  The use of the galvanised steel frame and reed panels creates a unique aesthetic value, a contrast between long lasting and renewable, warm and cold, rigid and flexibe. Placing it on beaches and looking on the already harvested and living reed tells a story about the product cycle and the value of the material.  The refracted light coming through the reed panels creates an interesting light play and feels natural.
Please give information about the key objectives of your concept/idea in terms of inclusion and how these would be been met
By inviting local municipalities to do the harvesting they can make enough money by selling thatching reed for exporters and thatchers. This way they could finance the people working in both the harvesting and in the panel making. The importance of this is that during winter season, towns around lake Balaton face hard times leaving many people without jobs. The inclusivity of the project that it could give jobs and skills in poor regions to people who might only have work to do during summer.
Please explain the innovative character of your concept/ idea
Use of reed has a history in Europe but somehow it almost got lost. Reinventing the places and ways of using reed is a neccessary. Having such a valuable renewable material and not using it is a mistake. My project only uses reed in a simple ways but alternative and more experimental uses would be important in the future.
Please detail the plans you have for the further development, promotion and/or implementation of your concept/idea, with a particular attention to the initiatives to be taken before May 2022
The project is in the concept phase, I created a 1:1 prototype with a wooden frame to test  the dimensions and functions, but the next most important step would be to validate the idea by creating interviews with the stakeholders, the regional Water Management, local municipalities. Another important step is to create an MVP. These steps would be possible until the May of 2022. After having the project validated and having built an MVP, creating a pilot with one chosen town could create a strong validation and media coverage. After further development the project could grow with more towns taking action while sharing the knowledge and toolkit to wherever needed, not only in the Balaton region but also Europe.
III. UPLOAD PICTURES 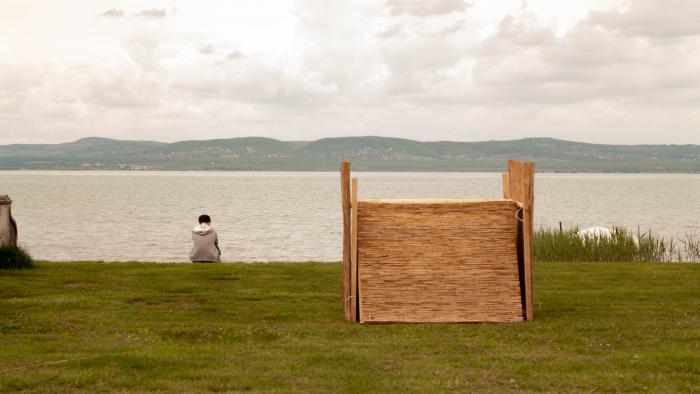 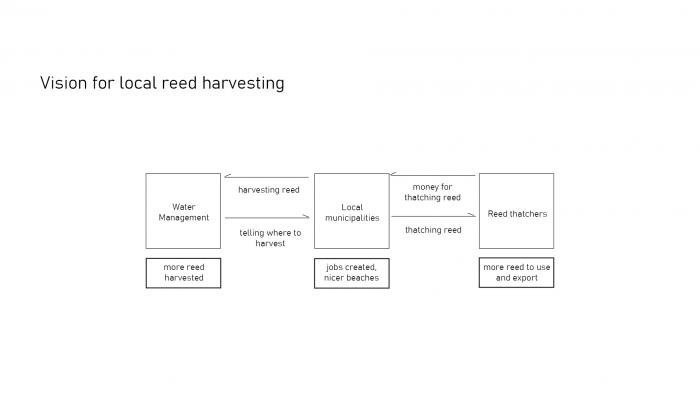 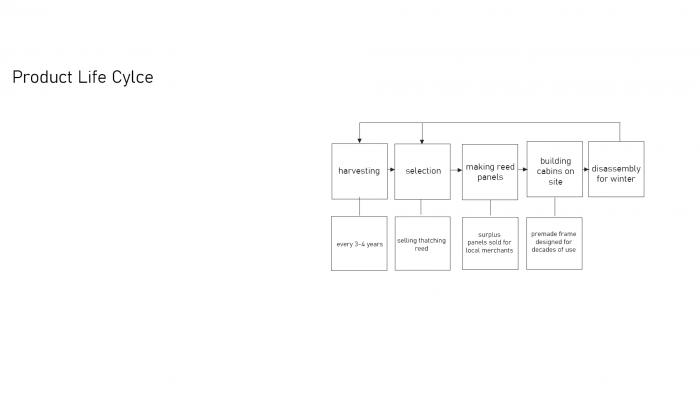 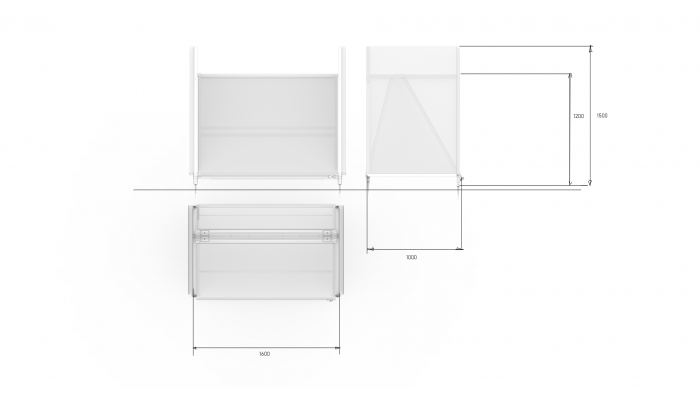 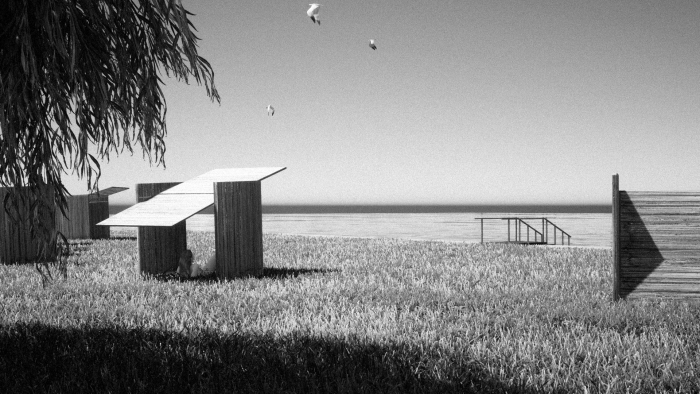 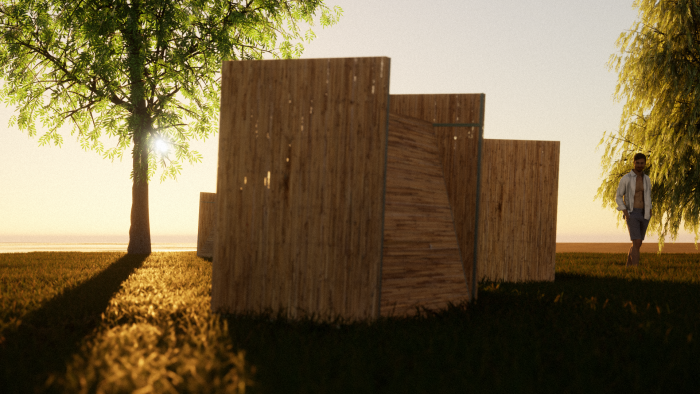 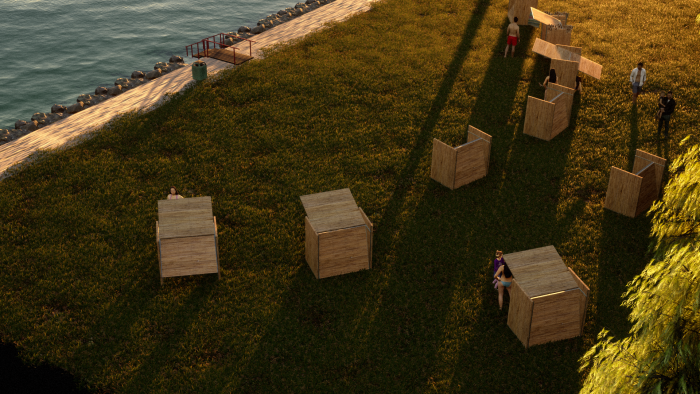 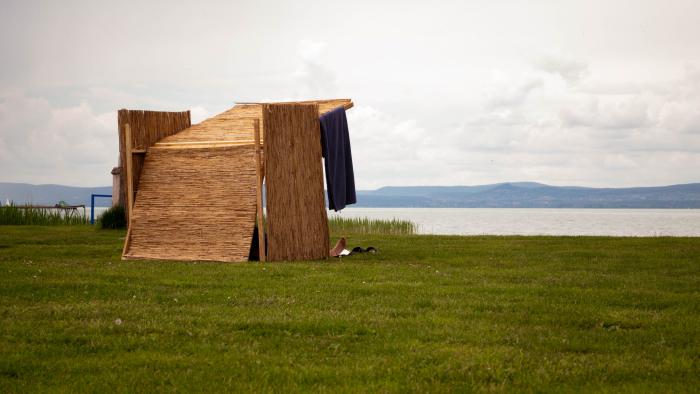